For the sanatorium "Zhovten", which is located in a picturesque corner of Koncha-Zaspa on the Dnieper coast, the struggle between its owner - CJSC "Ukrprofzdravnitsa" and the head has been going on for several months. After comprehensive checks, Ukrprofzdravnitsa decided to dismiss the chief physician of the sanatorium, Alexander Vladimirov, who had held this position since 1987, but he went on sick leave. Therefore, ahead - long litigation. Sanatorium "Zhovten" has already been the subject of an investigation by the Center for Journalistic Investigations - due to transactions with health estates that went to current and former people`s deputies, real estate developers and even the UOC of the Moscow Patriarchate.

Today`s story from investigator.org.ua is about events that have signs of corruption and attempts at raider seizure of health resort property. 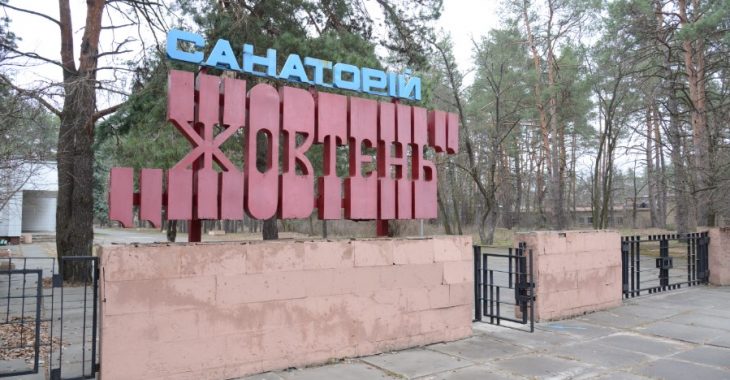 Sanatorium "Zhovten" owns an elite forest zone on the banks of the Dnieper - there are all conditions for good rest and recreation. Zhovten has more than half a century of history and is considered the leading rehabilitation center in Ukraine. More than 30 thousand patients passed through the cardio-pulmonary rehabilitation department, more than 23 thousand pregnant women were recovered in the pregnancy pathology department, there is also a department for neurorehabilitation, musculoskeletal, somatic rehabilitation, and psychological rehabilitation of ATO participants. The resort has a wide range of medical services and an extensive menu of rehabilitation programs.

Only from 2016 to 2018, the Zhovten sanatorium concluded 15 agreements on the rehabilitation of ATO participants and their children totaling more than 53 million hryvnias. The main customer was the Kyiv City State Administration and the Social Insurance Fund. It would seem that things should go uphill.

However, land scandals and vacationers` reviews, which can be found on the Internet, in recent years have not created a positive impression of the sanatorium. Emergency buildings, neglected territory, poor nutrition - and this is not a complete list of complaints from patients. However, CJSC Ukrprofzdravnitsa has not carried out scheduled inspections for more than two years.

“Before, the situation also didn’t work out so well, there were violations, but not so critical that before dismissal (head physician - ed.),” Says Dmitry Dovganenko, head of the property affairs department of Ukrprofzdravnitsa CJSC.

The reason for the audit was the accumulation of debts - over the past two years they have grown by 10 million. 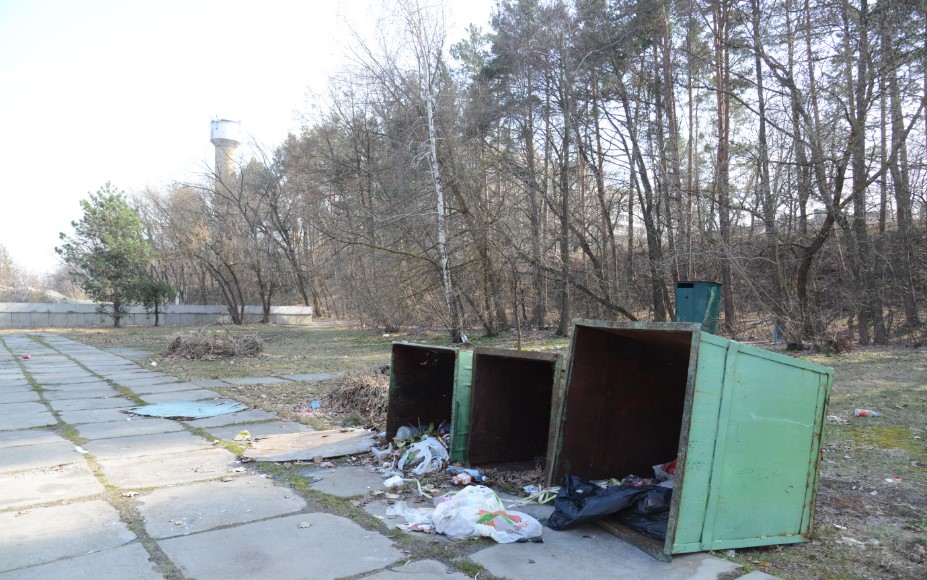 “The increase in the debts of the sanatorium and, above all, in terms of wages for employees, was very suspicious. Because the facility is located in a suburb of Kiev. Wonderful area. The question is why such a problem with debts? In such a location, the institution should be a priori profitable, ”says Andrey Oleinik, a leading specialist at the Department of Economic and Corporate Rights of the FPU.

We find the debt history of the sanatorium in judicial decisions. For gas services alone, KiivGazEnergy sanatorium owed more than 2.3 million hryvnias. Last year, the court dispute was stopped by the conclusion of an amicable agreement, to the signing of which Zhovten paid off the principal amount of the debt.

Last year, the DFS went to court to bring the chief doctor to administrative responsibility for the late payment of rent for special use of water. Now, Alexander Vladimirov has sued the Ukrprofzdravnitsa for what he believes is an illegal dismissal from his post. 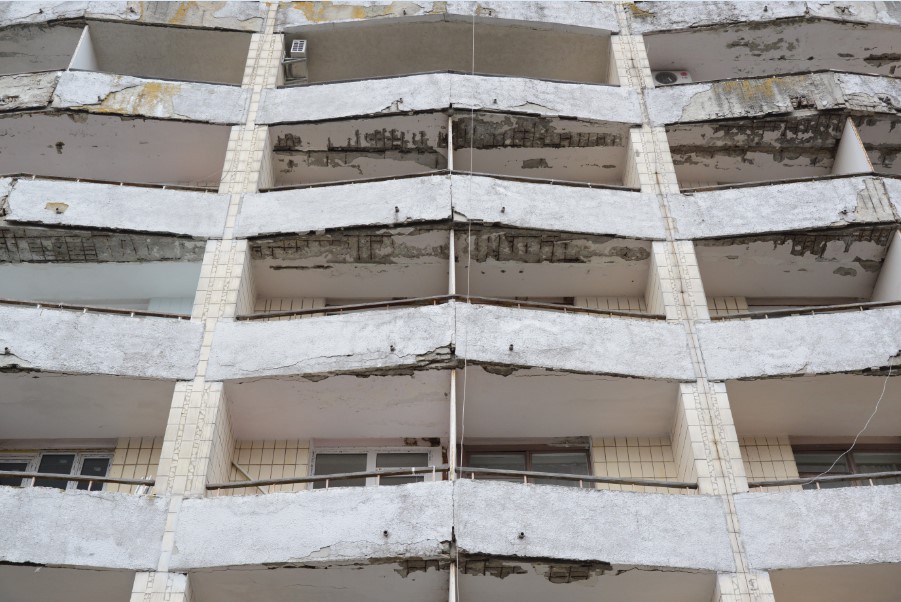 There is a “Crimean” page in the judicial history of the sanatorium and its leader, moreover, a landmark one. In 2015, the clinical sanatorium won a case against ... the Special Forces Police Battalion "Golden Eagle" of the Main Directorate of the Ministry of Internal Affairs in the Autonomous Republic of Crimea. It turned out that it was in this sanatorium in February 2014 that the Crimean Berkut residents lived, who were transferred to Kiev during the Maidan. Under the agreement, the sanatorium provided for temporary use to the Crimean "Berkut" "free living rooms in the sanatorium for the battalion employees to stay during a business trip with the aim of providing practical assistance in maintaining public order in the city of Kiev in the amount of 150 people from February 8, 2014 year to February 21, 2014. The sanatorium demanded to pay money for accommodation and meals in the amount of over 600 thousand hryvnias, and the court satisfied these requirements. But in 2017, the decision was appealed by the prosecutor’s office of the ARC and was canceled, because the requirement to conduct public procurement of these services was not complied with, therefore the court recognized the contract (incidentally, dated February 28 - when the occupation had already begun in Crimea).

Signs of health resort decline can be seen with the naked eye. The facades of the buildings are almost in disrepair, and some rooms have mold on the walls. The rooms have not seen a repair, it seems, since the days of the USSR. The forest-park zone has in some places turned into a thicket. How did it happen that with a permanent chief physician, the state of the sanatorium in recent years has not changed for the better? 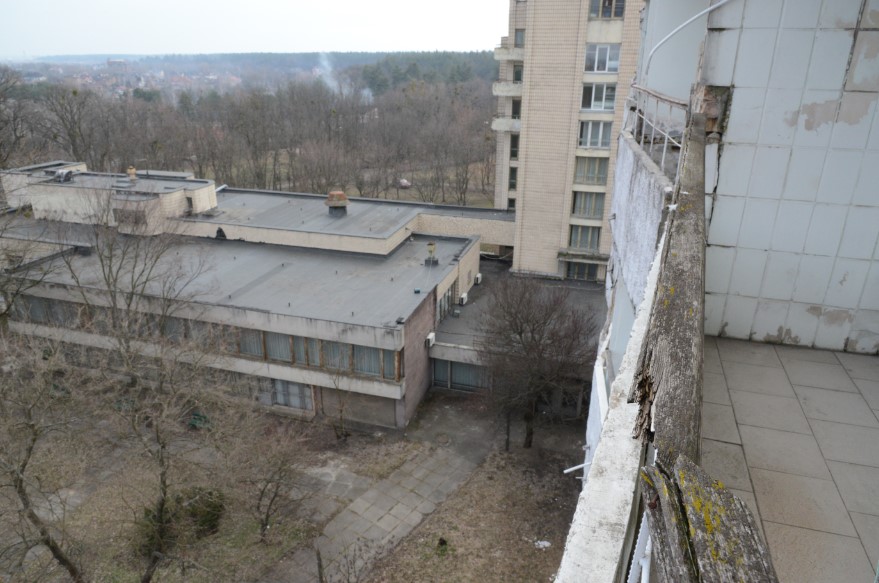 Visitors reviews on the sites indicate that the resort provided a lot of paid services. This is not a secret - their rates are posted on the sanatorium website. However, an unscheduled inspection of the Ukrprofzdravnitsa found that among them there are those that are not reflected in the financial statements.

However, the most interesting - against the backdrop of the debts of the sanatorium - turned out to be a successful business of a private structure operating in the sanatorium building. The medical and health center "Ruta" rents 4 rooms on the 7th and 8th floors of the Zhovtnya building. In this center, patients are offered to clear themselves of toxins for tidy amounts according to the author’s methodology of St. Petersburg professor Svetlana Gusina. Accommodation in the cheapest one-room apartment for 5 days costs 8500 hryvnias, that is, for a day - 1700 UAH.

Ukrprofzdravnitsa says that society received from this amount only 120 UAH of rent per day, despite the fact that the price set by the management of the sanatorium for its patients is 600 hryvnias per day for accommodation. And Ruta leased the best rooms. 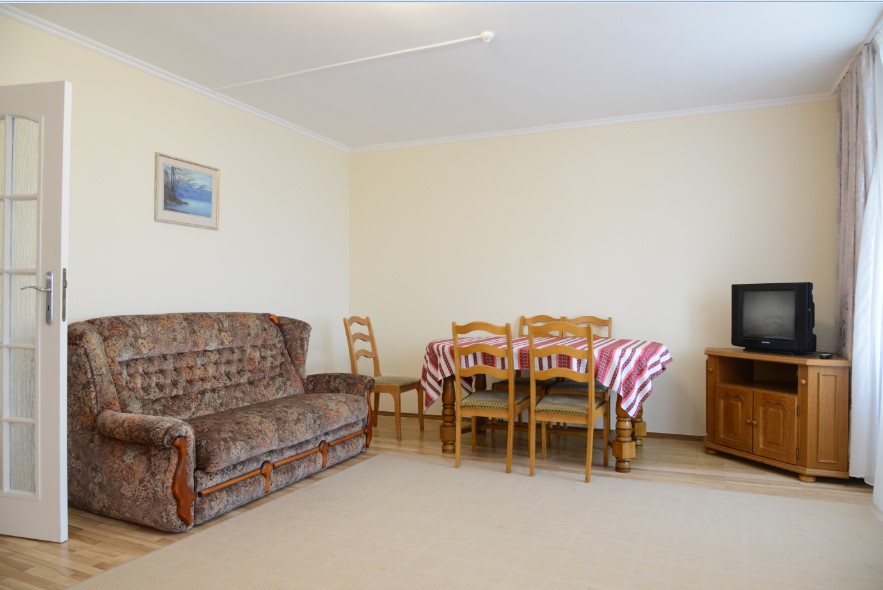 “If it were the rooms that were not in demand, but these are the best rooms. On the one hand, it looks like the rooms are not loaded, and Vladimirov supposedly contributes to the sanatorium receiving some additional funds. But if you look at where he is sending these people at such a price, and what kind of rooms, it turns out that these are the rooms with the best repair. And people who are in the department for pregnant women, for heart patients in rooms where there is no repair, pay 600 UAH per day. Where “Ruta” populates, they could also put the same price and the sanatorium would have more benefits from all this. This makes up the scheme, ”says Andrei Oleinik, a leading specialist at the FPU’s Department of Economic and Corporate Rights.

The commission of the Ukrprofzdravnitsa, which carried out the audit, came to the conclusion that as a result of the implementation of the “courses” to the clients of LLC LEC “Ruta”, and in fact - the provision of accommodation services, over two and a half million hryvnias were not received by the sanatorium in two years.

When asked whether the Ukrprofzdravnitsa officials who agreed on the prices for courseworks were to blame for this, Andrey Oleinik agrees: “Yes, you are right. Ukrprofzdravnitsa already did the check in 2017. However, such problems were not identified. Here, the connection between Vladimirov and Ukrprofzdravnitsa is really visible, everything is correct. There are interested people there. ”

In addition, they say in Ukrprofzdravnitsa, according to the documents of LLC Ruta, it rents four rooms, but in fact it occupies two floors in total, on which there are 40 rooms.

It should be noted that in addition to the center in Koncha-Zaspa, the branch of LLC Ruta has a health-improving center in Odessa as well. The founders of the company are Valentin Vasilievich Rybak and Alexander Ilyich Dubryansky, the latter is also the head of the LLC.

Who did the raider captures?

In March, the sanatorium survived, apparently, an attempt to raider capture. “Alexander Vladimirov already knew that they were going to fire him and went on sick leave,” they say in Ukrprofzdravnitsa. The chronology of events is as follows.

On March 18, 2019, the Shevchenkovsky District Court of Kiev examined the application of Alexander Vladimirov, who asked the court to recognize his dismissal as unlawful and to prohibit Ukrprofzdravnitsa from amending the registry, but the lawsuit was rejected.

March 26, according to the state register, the re-registration of the legal address of the clinical sanatorium from Kiev to Krasnograd was carried out by the registrar Ulyana Tovkaylo from the utility "Registration plus" from Irpen.

On April 3, the director of the sanatorium was registered Sergey Melnik, notary Klopotov certified the documents.

On April 16, the same notary introduced a new shift to the register - Vladimirov again became the head of the sanatorium. And the sanatorium "Zhovten" "returned" to Kiev.

The Center for Journalistic Investigations has already published an investigation about the lands of the Zhovten sanatorium near the Dnieper, which were transferred to the ownership of individuals and legal entities signed by the head physician Alexander Vladimirov. One of the sites received the full namesake of the wife of the head physician - Natalya Vladimirova.

Alexander Vladimirov did not answer the calls of the Center for Investigative Journalism. Earlier, he told other media that he was going to be fired illegally and intended to sue Ukrprofzdravnitsa.