Offshore in the center of Europe

Who tried to send dirty money to Northern Macedonia

When Nikola Gruevsky, the former prime minister of Northern Macedonia, proposed that Parliament create a duty-free financial zone (offshore), everyone was alarmed - both critics and government supporters told OCCRP.

As it became known from some documents of the leak, the idea to create a financial zone on the outskirts of the capital of Northern Macedonia, Skopje, came from London. It was planned that the zone would be inaccessible to local and international regulatory authorities. (The same is now being implemented in sunny Kazakhstan - Ed.).

In 2014, a series of scandals related to corruption cases caused popular anger. This led to mass demonstrations in 2015. The Prime Minister’s plan to create an autonomous financial zone resembled official permission to commit even more financial crimes. The lack of information about the project raised many questions. Activists of the Distributed Denial of Secrets (DDoSecrets) group handed a valuable find to OCCRP reporters - emails. Thanks to this, we know who was behind the Gruevsky plan.

The criminal scheme was developed by the London company Formations House. In April of that year, company founder Nadim Khan was accused of promoting money laundering. Despite this, he planned to create offshore financial zones in different countries, in particular in the Balkans and in Africa. 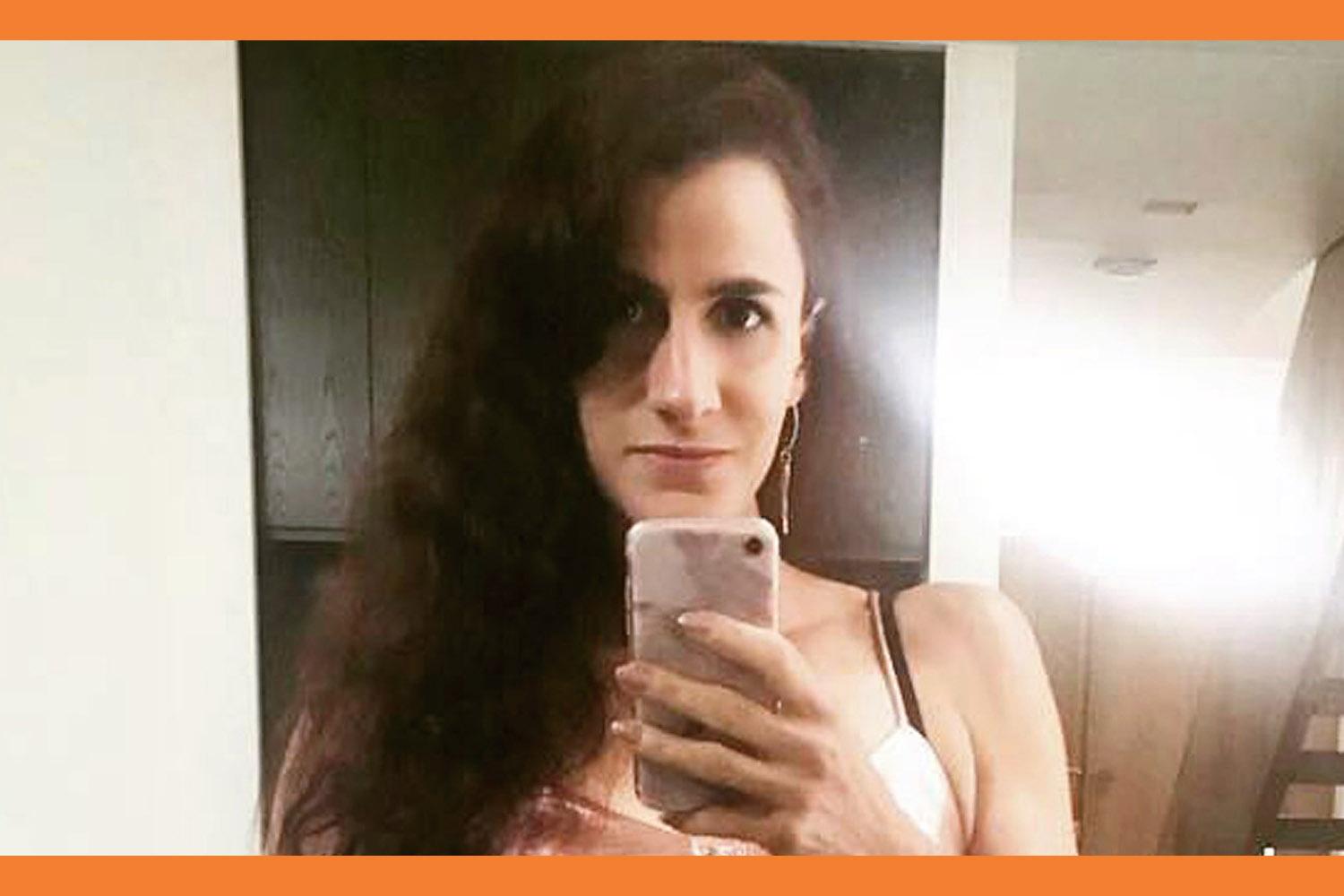 Charlotte Pavar, the current owner of Formations House, wrote to reporters that she reported a leak to the police and considers this a theft. She also said that they tried to blackmail the company. Despite requests from reporters, she did not provide evidence of her words.

Among the leaked documents there are advertising presentations of the so-called shopping areas. Here is what one of them said: "It provides complete anonymity, inaccessibility to the US or internal departments."

Among the advantages that a trading zone would provide was a corporate registry. This would allow the creation of companies without control from the regulatory authorities of Northern Macedonia and other countries. As follows from the documents and testimonies of former and current officials, the trade zone and the register would become a mini-state within the state. They were supposed to be led by the owners of Formations House.

This information was not available to the public. However, even those grains that people recognized were alarming.

“I thought it was a joke,” said the current Prime Minister of Northern Macedonia, Zoran Zaev, who took office in 2017. The year before, street protests led to early elections.

While plans to create a trading zone were developing, opposition parties criticized the government of Nikola Gruevsky with might and main. His name appeared in a series of scandals - money laundering and sponsorship of transactions, on the basis of which state money was transferred to anonymous offshore companies.

“In this situation, it seemed impudent on his part to simply say:“ And let`s create an offshore zone right here, what do you say? ”I was shocked,” Zaev said in an interview.

To implement the project, it was necessary to amend the constitution - an offshore zone was to be managed by an autonomous body. That is what alerted the Venice Commission, the advisory body to the Council of Europe.

“If all laws (except criminal ones) are adopted and implemented by the governing body, and not the legislative and executive authorities that are recognized by the constitution, then the zone becomes a“ state within the state ”and does not apply to the existing constitutional structure,” the commission stated in a legal opinion in 2014 year.

Members of the commission warned that the zone would become "a haven for dirty money." In December 2016, the UK Tax and Customs Service warned Formations House that the agency could face criminal penalties if it did not provide adequate customer assessment measures. The company did not comply with UK anti-money laundering laws.

At the center of the plan to create a trading zone was the initiative of the Gruevsky government. He wanted North Macedonia to be presented as a magnet for foreign investment. In 2011, officials traveled around the world to meet with potential investors.

One representative was Oliver Sam. He was responsible for the affairs of the UK at a government agency in Northern Macedonia that was involved in attracting foreign investment. Sam told representatives of OCCRP and a local partner at the Macedonia Investigative Reporting Lab Center that he had met with Pavar in London. Formations House was then led by Han, her father. In 2014, the head of the family was accused of promoting money laundering.

According to Sam, Pavar proposed several projects, but Gruevsky was only interested in the financial zone. The Prime Minister sent two officials to meet with Pavar. One of them was the Minister of Finance Zoran Stavreski. Work continued on the project in Northern Macedonia. Pavar came there more than once with his 23-year-old brother Darius Khan. They met with large officials - Gruevsky, Stavreski and the Minister of Information Ivo Ivanovsky. Relatives actively shared information about the trip to Facebook.

On February 25, 2015, Han posted a photo from Luton Airport in London. He wrote that he was going to a meeting with dignitaries of Northern Macedonia.

On May 13, 2015, Pavar laid out a selfie, showing off her outfit - a floral blouse, a white skirt and red shoes. “Ready to meet with PM! Summer classic, ”she wrote. In the comments, Charlotte told her friends that she had met with the Prime Minister of another country - not England. And she added that "he was extremely friendly!" A few days later she posted a photo of the church in Northern Macedonia. 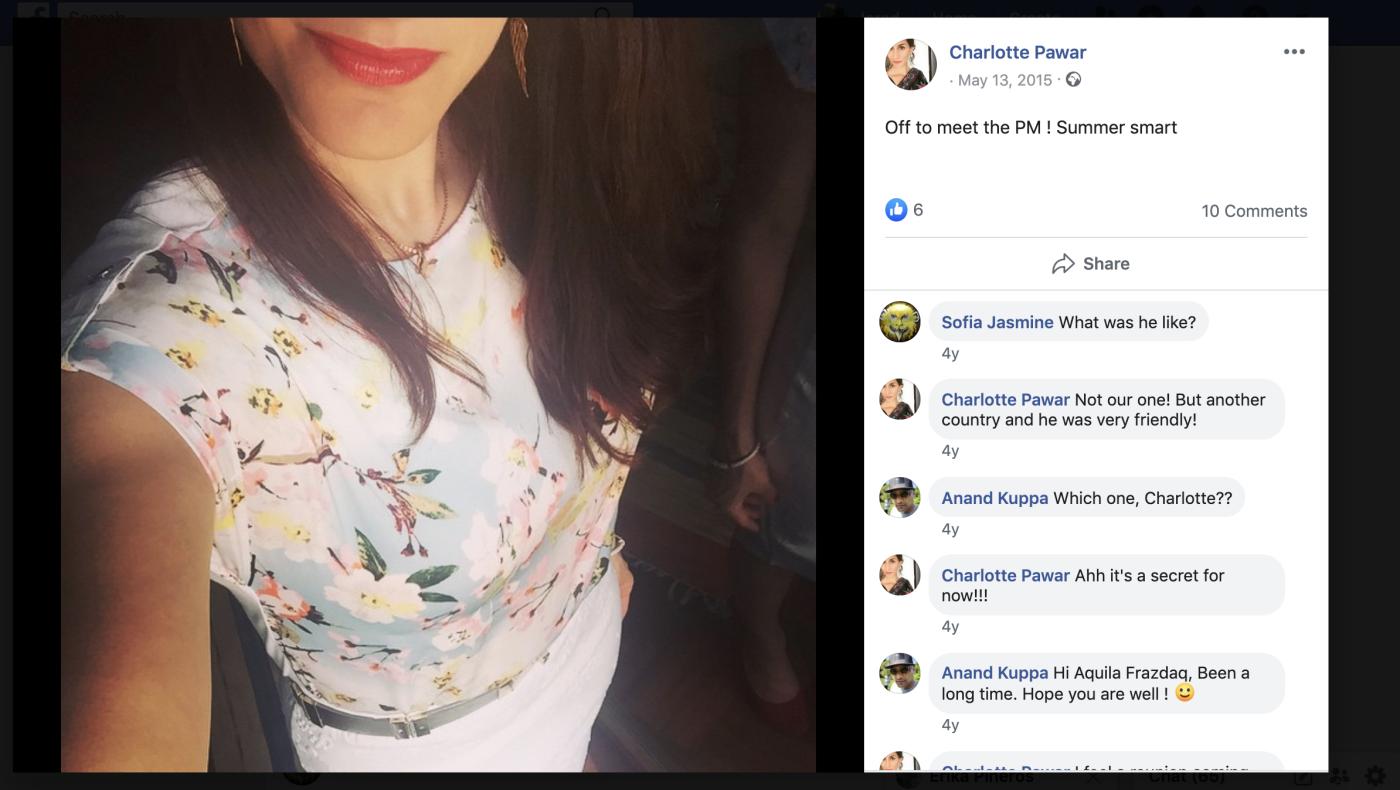 Pavar wrote to reporters that Formations House “was invited to discuss what the government could do to prevent university graduates from seeking to leave the country.” And also how they can contribute to the economic growth of local businesses. ”

“We have nothing to do with representatives of the current or past government of Northern Macedonia,” she added.

However, on her personal website, Pavar (Global Pawar) indicated that she is advising the government on the “strategy for introducing technology for successful back office management” and “diversifying the goals of the export industry”.

Inconsistencies in the constitution

In order to create a trade zone, it was necessary to amend the Constitution of Northern Macedonia. According to the Venice Commission (an advisory body to the Council of Europe), this was necessary because of the "almost complete exclusion of this zone from the state legal system."

At the same time, the government introduced another - distracting - amendment. It was proposed to limit the constitutional understanding of marriage to a union of a man and a woman. Thus, same-sex marriage would be considered illegal.

As Liliana Popovska, a member of parliament from the Green Party, recalls, this amendment came out of nowhere.

“They hoped that a wave of indignation would follow,” says the politician. “But they failed to divert attention.”

“All eyes were riveted on the crazy plan to create an offshore in the Balkan country, which already has enough problems. We are on the way for every criminal group in the Balkans. There is weak institutional power and an extremely corrupt government. ”

However, the government continued to push this project. Stavreski, who was then the Minister of Finance, participated in television debates at the end of 2014. In his speech, he insisted that they did not have a goal to create an “offshore zone”. The politician promised that "all known customer verification standards will be used to prevent receiving money from unidentified sources."

Stavreski did not respond to any of the requests for comment. 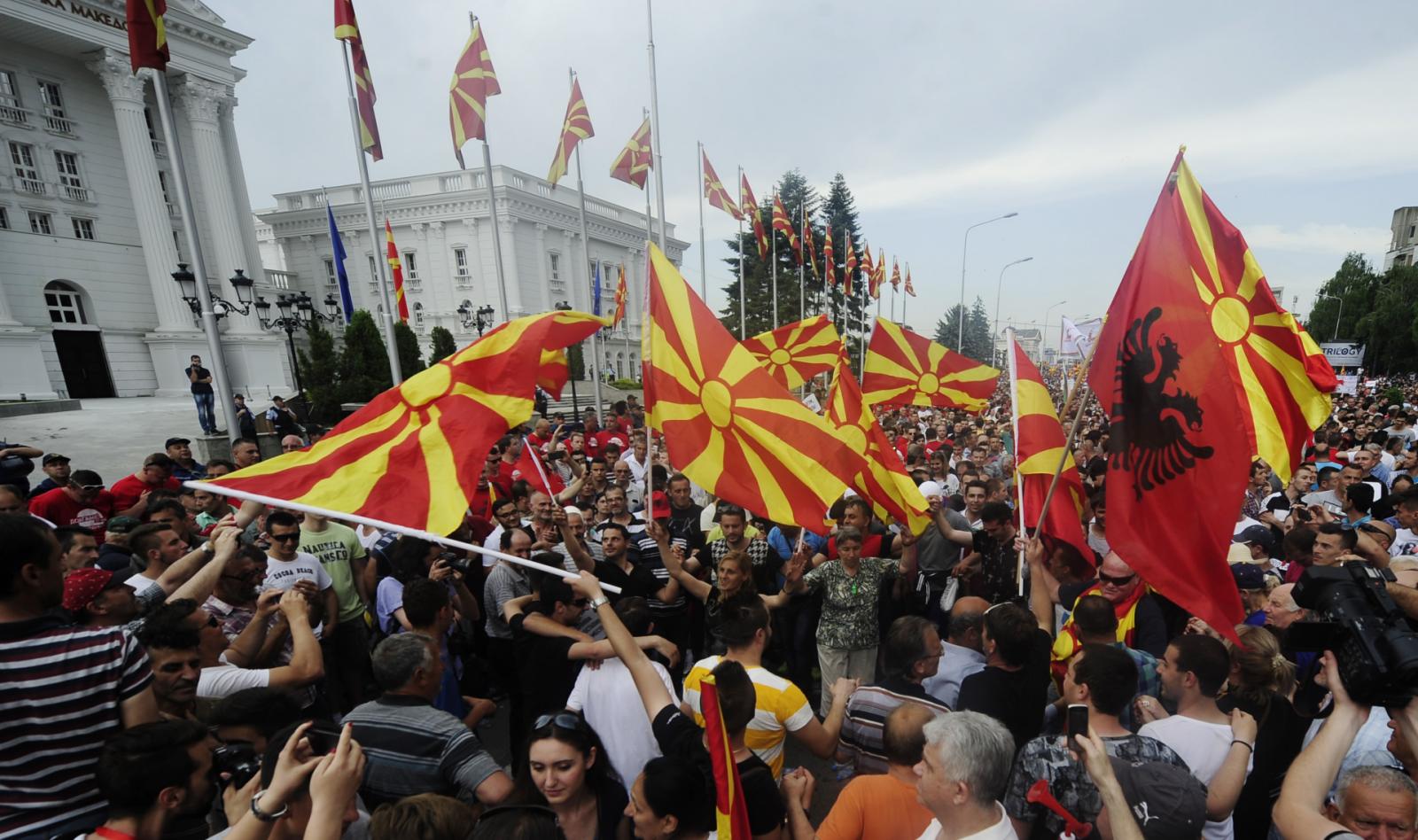 Image: Reuters / Ognen Teofilovsky/ Protesters in front of the government building in Skopje, Northern Macedonia. May 17, 2015

Sasha Gruzhevsky, State Advisor on Foreign Direct Investment, participated in the development of the project. This was part of his job responsibilities. Gruzhevsky told OCCRP that they wanted to name the zone Trade Park Macedonia.

This coincides with the names that Formations House planned to give to similar zones in other countries. This name is also consonant with Trade Park Corporation, a Hong Kong-based company founded by Pavar. The company was used to implement global projects.

The proposed complex of offshore companies and duty free zones that they wanted to register through the registry included a private tourist beach in Sao Tome and Principe and a hemp plantation in Cameroon.

But the biggest success came in 2013, when former Gambian president Yaya Jamme gave permission to create an offshore zone and a corporate registry. The Gambian government has not passed a law authorizing the development of the zone. However, Formations House used registry authorization to stamp front companies and non-existent banks. Among their clients were an Iranian oil company, which was under the sanctions of the United States and the European Union, the former head of the Swedish criminal gang, and several convicted fraudsters.

At the same time, in Northern Macedonia, even some of the Prime Minister’s supporters began to be suspicious of the project. Gruzhevsky as a member of the Cabinet of Ministers participated in the development of the trade zone. He was even worried about the fact that the zone had to work according to its own laws and in conditions of secrecy. “We asked companies to register through the business registry of Macedonia in accordance with our law,” says Gruzhevsky. “I talked about this to the Prime Minister, but he continued to insist on the development of the draft [registry, which will be managed by Formations House].”

Among the leaked documents were letters from Pavar and Gruzhevsky, which they exchanged in the summer of 2015. They discussed what needed to be done so that the Pavar management company was allowed to lead the project. In correspondence, the project was called Technology Innovation Zone. From the letters it is known that Pavar and Gruzhevsky worked on an agreement of intent. In order for the project to budge, they had to send the contract to the authorities of Northern Macedonia.

In one of the letters, Gruzhevsky advised Pavar to send the version of the contract in which her company was not indicated as a leader. At that time, the selection results were not yet announced.

Here is what he said: “We will break the law if we send someone from the government a contract that will indicate the name of the future management company before the official procedure is followed.”

Pavar agreed with his remark, and in response he wrote: "Next we ourselves."

Soon after, political events in Northern Macedonia pushed the project to the background.

From the leaked records, it is known that Nikola Gruevsky, who then served as prime minister, and other politicians discussed corruption deals. They wanted to establish tight control over journalists and judges and interfere in the elections. When this revealed, mass protests began. The main opposition party, led by Zoran Zaev, the current prime minister, boycotted parliament.

The European Union was obliged to intervene: it controlled the elections in 2016. Gruevsky was found guilty of influencing government employees to illegally buy an expensive car. Gruevsky realized that he was facing two years in prison, and fled to Hungary, where he was granted asylum. He did not respond to requests for comment.

Sasha Gruevsky, a former member of the Cabinet of Ministers, now acts as a government adviser. He is developing a new “technology innovation zone” and promises that it will have nothing to do with the Formations House project. He emphasizes that the new free economic zone for foreign investors will be subject to the laws of Northern Macedonia.

“I have been thinking about this for a long time. The case went under the previous prime minister, and Mr. Zaev supported the project. We will work on it, ”said Gruevsky.