Zamira Gadzhieva in the footsteps of Gulnara Karimova

The High Court of London put an end to the landmark case of the wife of a state banker from Azerbaijan, thereby removing the last obstacle to starting a large-scale hunt for money and the homes of corrupt officials and criminals who had come to the UK, reported BBC.

The British are unhappy that London has become a safe haven for dubious capital. They demanded that the authorities put things in order, and several years ago, law enforcement agencies received a new tool to combat the legalization of criminal proceeds through the purchase of real estate - a warrant obliging a person with assets in the amount of 50 thousand pounds to prove that they were bought with honestly earned money.

Now it will finally work in full force - thanks to the February decision of the High Court of London.


Three judges rejected the appeal of Zamira Hajiyeva, the wife of the former head of the International Bank of Azerbaijan, convicted of embezzlement at home. It was she who was issued the debut warrant of the new campaign back in 2018. She challenged him in court twice, but in the end she lost the appeal and could not get permission to continue the lawsuit in the last instance - the Supreme Court.

Lacking income, Hajiyeva lived in London in a big way, which aroused the suspicion of the National Anti-Crime Agency of Great Britain (NCA) and made her an ideal target for the first high-profile case of the new campaign. Investigators easily persuaded the judge to issue her a warrant, demanding to explain where she got the money to buy a house in a fashionable area of ??London and estates with a golf course in a chic province.

Hajiyeva calls herself a victim of unjust persecution in Azerbaijan and says that everything is acquired legally. The tabloids relish the details of her millionth spending in an expensive department store and the purchase of a private jet. NCA has no complaints about these expenses; investigators are only interested in real estate in this matter.

Now Hajiyeva must provide them with an explanation of her wealth within seven days. If she does not, the NCA will ask the court to confiscate the property, and then sell it. The proceeds will go to the UK treasury.

If Hajiyeva is shown a legitimate source of funds, the NCA has 60 days to study her accounts, after which the investigators will decide whether to accept and close the case, or reject and seek confiscation.

No matter what the outcome of the case, the owners of “unjustified wealth,” as the new law calls it, will not be anything, since the seizure of property purchased for incomprehensible income does not make them guilty. This is only a civil proceeding within the framework of an inquiry, and not a criminal prosecution, where much stronger evidence is required. 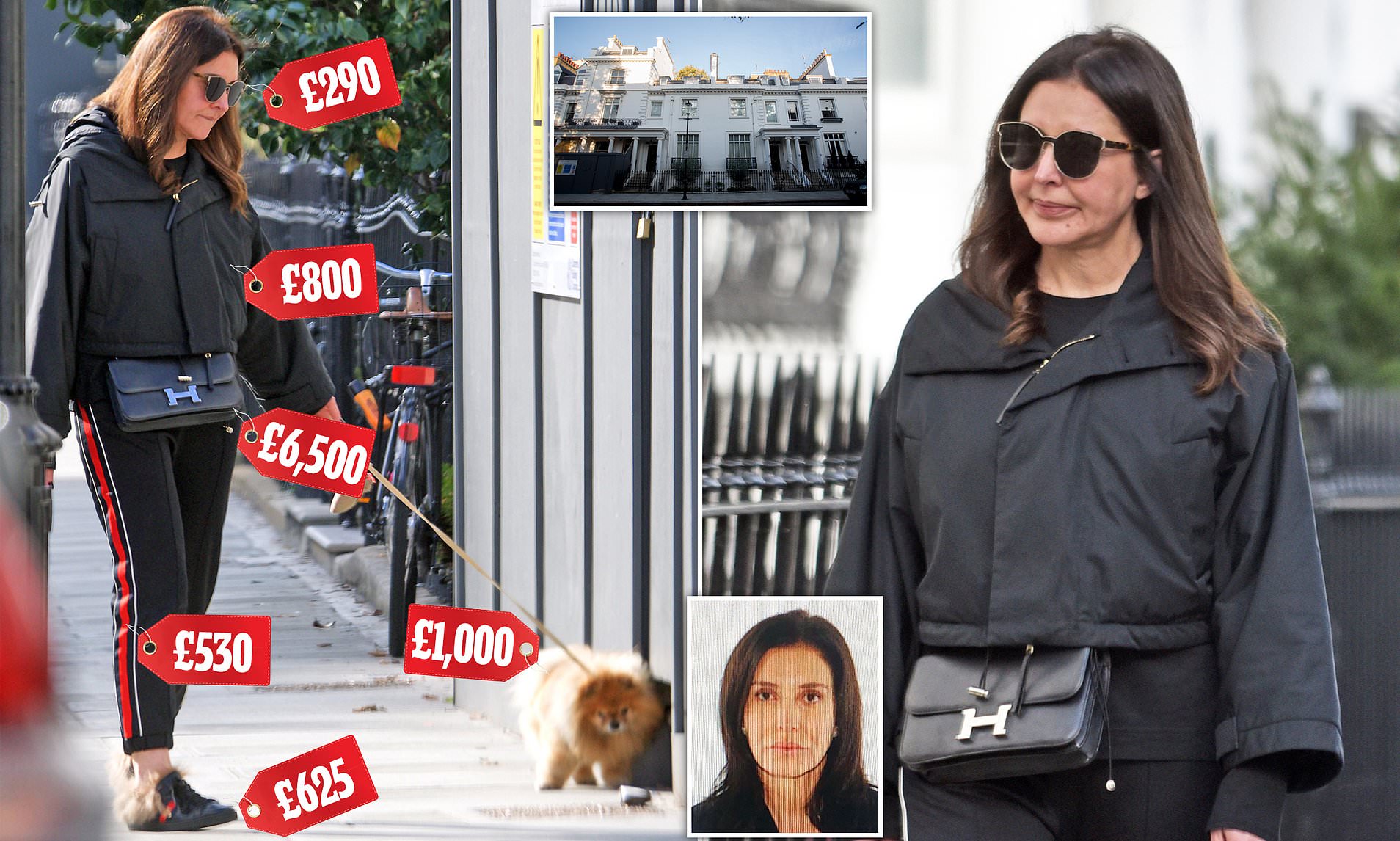 However, if the authorities consider that the person who received the warrant, in the process of enforcing the order, tried to circle them around their finger, they could start a criminal case, which could result in a fine and two years in prison.

New orders (Unexplained Wealth Orders) can be written out only with the approval of the High Court and only two categories of people: politically visible figures from outside Europe and any suspected of serious crimes, without regard to citizenship.

The Gadzhiev’s warrant is the first of its kind - law enforcement authorities wrote out in February 2018. Three new cases are due to reach court soon. Not all the defendants are named by name, but earlier, representatives of the NCA promised to issue warrants to people from Africa, South Asia, the former USSR and Russia.

The verdict pleased the NCA.

“This is a new law, and we understood that the matter would go to court,” said one of the leaders of the NCA, Sarah Pritchard. “We are pleased with today`s decision. A precedent has been created that will help us in the subsequent litigation regarding warrants for inexplicable wealth.”

Lawyers for the authorities fought back with an official clarification of the law on which Hajiyeva based her appeal. The explanation says that not only politicians and officials, but also a number of other persons, including, for example, an accountant of an opposition party or a top manager of a state-owned company, should be considered a politically prominent figure in cases of money laundering.

The husband of the Hajiyev Jahangir also falls into the latter category.

Hajiyeva says that investigators had to first prove that the head of the state bank in Azerbaijan has a state function, and explain who and in what way endowed him with these powers.

Lawyers for the authorities objected to this interpretation of the law. A warrant is a tool for preliminary inquiry, they noted, and investigators are not required to understand the intricacies of the “empowerment” procedures in foreign countries.

Common sense is enough, and in extreme cases, the mentioned explanations to the law, in which the heads of state corporations are included in the circle of politically visible figures.

Hajiyeva argued with the fact that the judge considered the IBA a state bank. Investigators must first prove that the Azerbaijani authorities established it for commercial activities on behalf of the government and that it is directly involved in the management, the wife of the state banker believes.

There is nothing like this in British laws, common sense and the generally accepted notion of business owners and beneficiaries in Europe, the lawyers parried and called Hadzhiev’s arguments “divorced from reality”.

The IBA reports when her husband was the head of the bank that he was directly controlled by the state, and Hajiyev himself said that 50.2% of the bank belongs to the government, the British side said.

In addition, for the purpose of combating money laundering, the British are free to use their own criteria, one of the three judges at the trial noted. Even if Azerbaijan or another country writes in their laws that the state bank is not a state bank, the English court will consider the actual state of things, rather than the formal status enshrined in the law of a foreign state.

Hajiyeva also challenged the legitimacy of suspicions based on the verdict of an Azerbaijani court about the guilt of her husband, who the Hajiyevs consider politically motivated and unfair. The court decided that the investigators had the right to rely on the very fact that Hajiyev was convicted of embezzlement at home, and was not required to understand the details and subtleties at the stage of the preliminary investigation.