Lai Xiaomin, the former head of China Huarong Asset Management Co., was arrested in November 2018 and is charged with taking bribes, corruption and bigamy. He allegedly took 1,65 billion yuans ($US240 million) in bribes, reported occrp.

Authorities discovered that Lai owned a number of real estate and luxury items, including watches and expensive art. In the documentary aired on state broadcaster China Central Television (CCTV) he was labeled the nation’s most corrupt financial official.

Investigators allegedly found that the former banker’s mother also received millions in bribes and that he had given properties to nearly 100 women he dated.

Lai described in the documentary how he drove truckloads of money, a total of 200 million yuan ($30 million) to the apartment but never spent any of that money because he was afraid that being seen spending large amounts would expose his corrupt activities, Australia’s ABC news reported.

Authorities said the banknotes they found in several cupboards in the flat weighed about three tons. 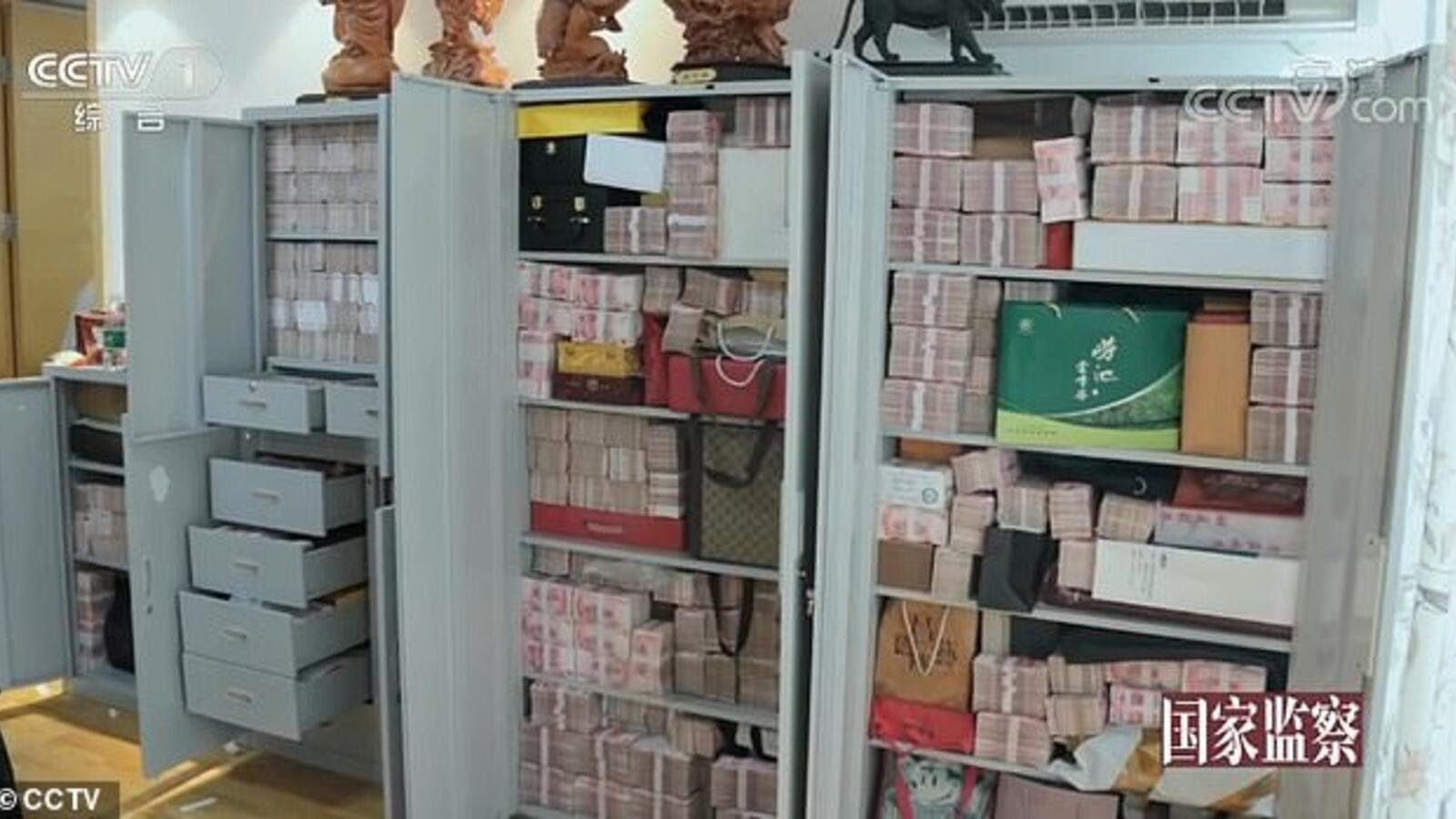 "We have dealt with a number of cases in the financial sector, but none was as shocking as Lai’s case in the amount, degree of damage and plots and means of crimes,” said Chen Qingpu, deputy director of the Central Commission for Discipline Inspection (CCDI), in the documentary.